We are proudly open Mon-Sun 12-8 serving takeout. We will also be offering delivery through DoorDash and GrubHub.

On June 15 we will proudly be opening the first phase of our 18,000 square foot outdoor entertainment venue. We will have a large amount of outdoor dining seats and games for everyone to enjoy. Please check our website and social media accounts for up to date information. 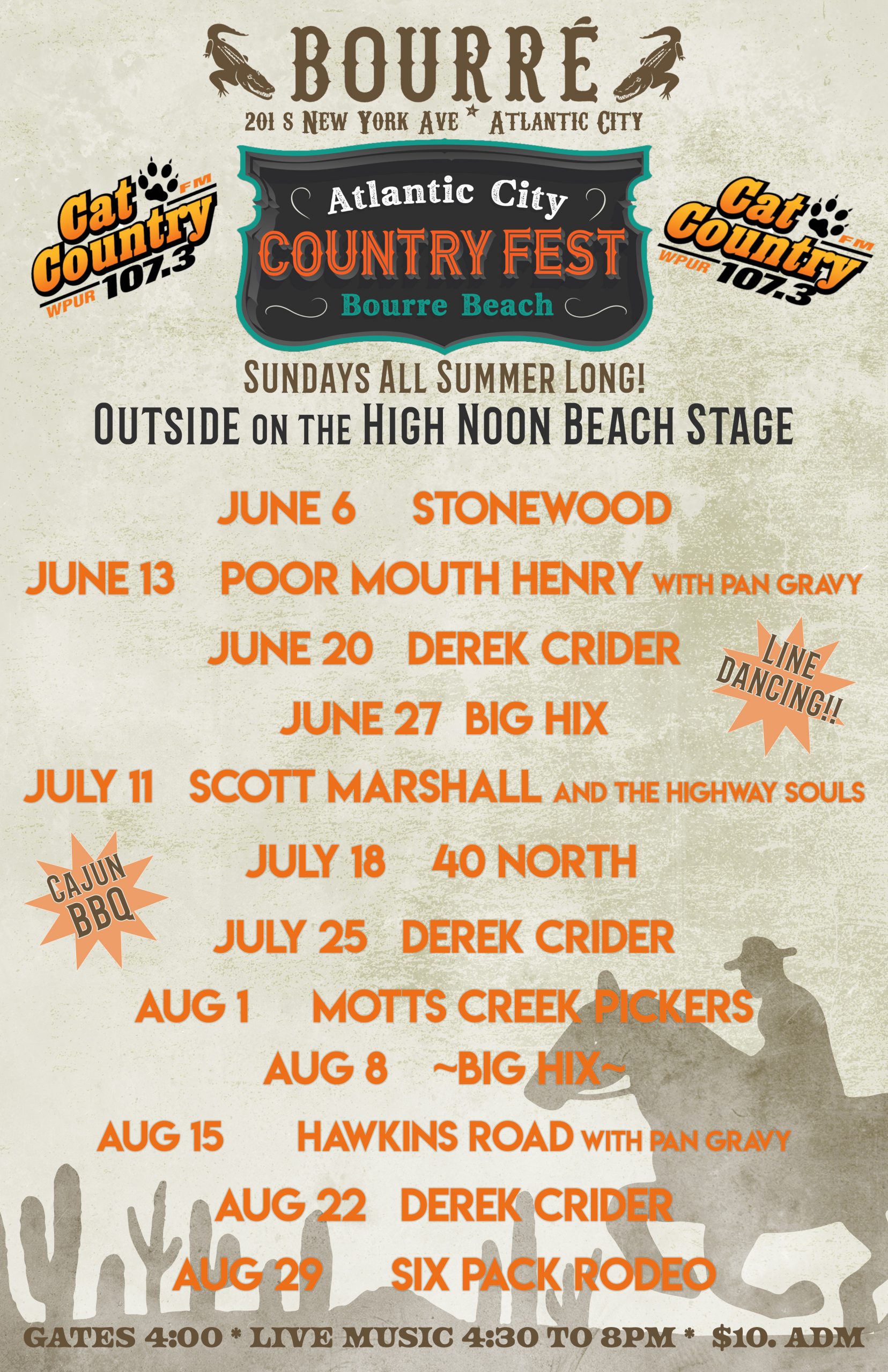 Every Sunday AC Country Fest presents the best in local, regional COUNTRY MUSIC outside on the HIGH NOON BEACH STAGE!

Combining elements of country, rock, and soul, Derek Crider has forged a sound all of his own. Hailing from the backwoods of Southern New Jersey, Derek started playing guitar and writing songs at age 13. He was influenced by everything ranging from Motown to Country. “Growing up in my house, my parents listened to a very eclectic mix of music. My mom listened to a lot of Motown, and music from the 50’s and 60’s. My dad was into a lot of country and rock, everything from Hank Williams Jr. to Black Sabbath.” Shortly after he started his first band with his brother and some high school buddies. They performed at local parties for friends and family. This is where Derek honed his singing and performance skills. Their first official gig was at a local V.F.W in Derek’s home town of Mays Landing, New Jersey. “I fell in love with songwriting and storytelling, that’s the one thing I always reveled in when listening to Country music, not only the great musicianship but always the amazing lyrical content and the incredible way those artists told their stories.” It was at this point Derek realized his love for performing and writing his own songs.

Bourre opens every Sunday at 12:00pm, come enjoy our Cajun Cuisine and BBQ!